Hello, friends! I had a little dilemma last month as I put together the March Wrap-Up. I really love reading posts about what you’re currently reading, what’s on your TBR, and books you’ve recently hauled. Instead of churning out a bunch of updates out on top of the Monthly Wrap-Up, I figured I’d put together a mid-month update of this fun stuff to try and spread the book chat around. 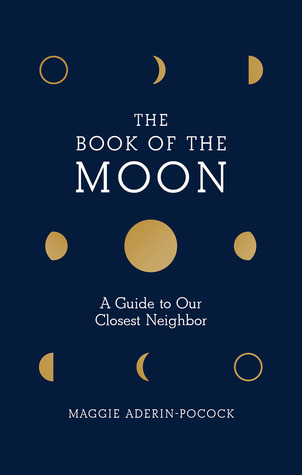 The Book of the Moon by Maggie Aderin-Pocock

“In her lucidly written, comprehensive guide to the moon, Aderin-Pocock takes readers on a journey to our closest celestial neighbor, exploring folklore, facts, and future plans.

She begins with the basics, unpacking everything from the moon’s topography and composition to its formation and orbit around the Earth. She travels back in time to track humanity’s relationship with the moon — beliefs held by ancient civilizations, the technology that allowed for the first moon landing, a brief history of moongazing, and how the moon has influenced culture throughout the years — and then to the future, analyzing the pros and cons of continued space travel and exploration. Throughout the book are sidebars, graphs, and charts to enhance the facts as well as black-and-white illustrations of the moon and stars. The Book of the Moon will be published for the 50th anniversary of the moon landing.” – Summary from Goodreads.

How’s your month been so far? Any really great reads in these first couple weeks? Let me know in the comments!